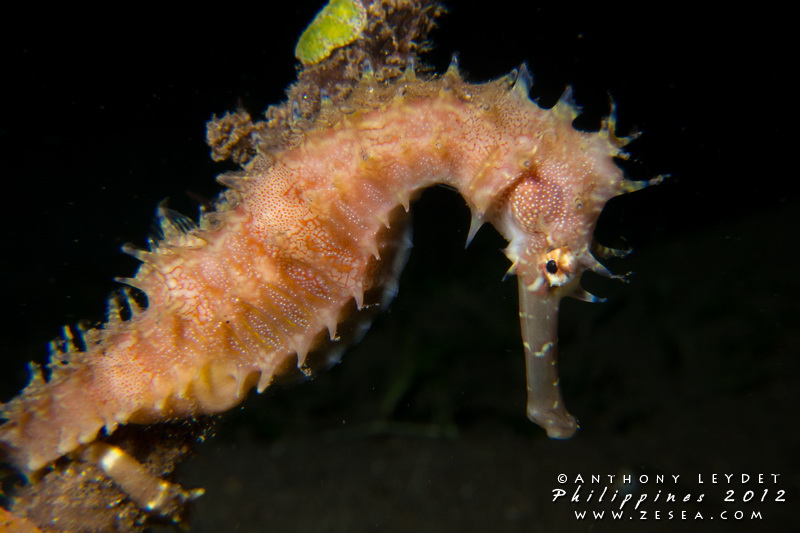 After a week of diving on the small island of Cabilao , then a transition to Balicasag with turtles and trevallies, here we are Dauin on the Big Island of Negros. After taking our neighborhoods in the magnificent Pura Vida, we are ready to discover some  very different seabeds …

The Pura Vida that I mentioned in the previous article , is located about 10km south of Dumaguete, the main local town. We are in the heart of the Visayas, including islands densely covered with dense vegetation,and are of volcanic origin. We note it, moreover, when we arrived arrived, more than elsewhere, because the sand is black.

The Sea Explorer PADI 5 Star Dive Center , has been honored several times for its policy of vocational training and employment within the diving community. Most divemasters here are Filipino (male and female) and benefit from real career opportunities.

Now we come to what you are waiting … I mean dives ! When you arrive here from Cabilao, and we got used to its reefs teeming with life, you are somewhat surprised by putting your head underwater for the first time. The first vision I had of Dauin underwater, that was that :

Suffice to say that it’s been a funny feeling … what happened to the corals and the explosion of life that animated them ?! The reason is simply that here it’s mainly “muck diving”! Under this technical term, another way to dive. No coral and no show in open water, cause these dives are mainly on black sand. This sand where a multitude of incredible species live, sometimes by being adapted so incredible ! You must open the eye constantly and sometimes have a sacred sense of observation. But the experienced guides are there, and detect anything that divers came to see.

You’ll quickly realize that this desert has only the appearance. Life appears and we begin to play quickly, searching everywhere. Obviously, reducing diving Dauin to black sand is a bit exaggerated, because we find some beautiful coral reefs that appear out of nowhere!

There are also a few wrecks, but the real curiosity is the artificial reefs that have been developed using large tires:

The dives are all less than 15min boat. It usually start with a shallow plateau with sand and seagrass. Then a  slope  take you down to 25 to 30m deep. Each site has its own characteristics, including some species such as “frogfish”, those famous fish whose some individuals are not bigger than the nail of an index!

And now for some pictures … Can not put all the pics, but here’s a sample of wildlife encountered Dauin!

Finally, how to talk about Dauin without night dives ! This is perhaps the main interest, since the sandy bottoms are much more active at night ! And each night out, the festival begins a few meters from the beach, as soon as you put your head underwater ! Some flamboyant cuttlefish do their colorful show. Many sea pens water-soaked rise above the sand. Hidden inside, small crabs porcellanes filter water for food. Molluscs are out on the sand, followed by crustaceans … No respite time for the photographer, since he will report just lifting up the nose that falls on a leaf fish or other curiosities that seabeds of Dauin have to offer!

Soon I’ll talk a little more of these creatures 😉

If you want to dive at Dauin:

Scuba diving in the Philippines: Cabilao, its coral, its wonders

Emily Miranda 12 May 2014 - 6:23
The Philippines is indeed blessed, not only with beautiful beaches but also amazing diving sites that rival the world’s best. I was there last year and I fell in love with the place, particularly Coron because of its stunning visuals and the vastness of marine wildlife.
Reply

Marine biologist and underwater photographer based in Marseille (Fr), fascinated by marine life, I created this blog in 2008 to share my underwater adventures with you....