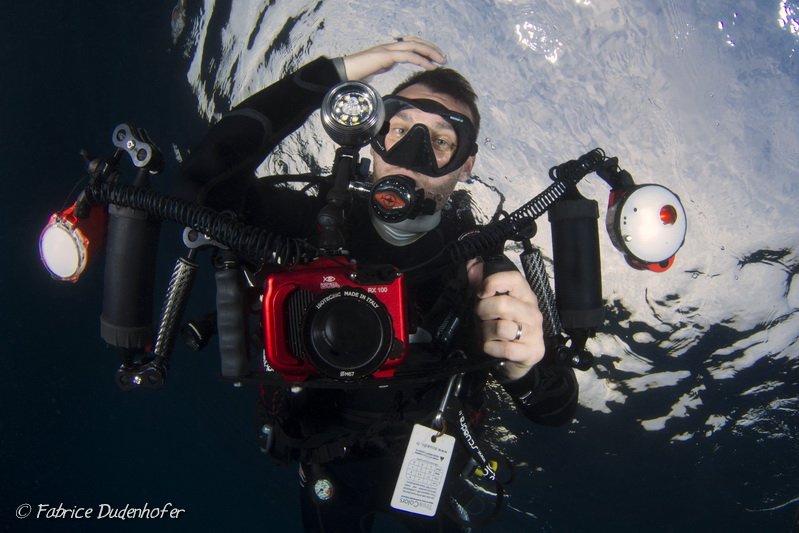 The Sony Rx100 mkII, the upgraded version of RX100, still serve as a reference in the gategory of compact cameras for underwater photography. I use the RX100II for more than two years, and I equipped it with a hight quality waterproof housing … from Isotta! Among the “aluminum” housings on the market, there is one that will certainly have attracted your attention. With a flamboyant red, it stands out with an unusual physique. You will say, we do not judge a waterproof box by its physical … I 100% agree with you, and I continue! I present in details this Isotta housing for RX100.

The first time I had the opportunity to take an Isotta housing in my hands, I immediately understood what I was dealing with! Robustness and reliability are the first words that came to my mind. And by scrutinizing him in the smallest details, we can quickly realize that it is is terribly well conceived.

Entirely aluminum, it benefits from an anodization giving it protection as well as its beautiful red color. A red that reminds a certain brand of car (the the prancing horse) … normal, both have the same origin: Italy, where Isotta manufactures its housings from beginning to end.

This Isotta housing waterproof is 100m. Isotta emphasizes safety: the rear door is equipped with a double o-ring and a secure and well-designed closing system. Note that the door is completely removed. The opening, the positioning of the device and the closing are nevertheless a child’s play. The Sony Rx100 take its place without any difficulty in the middle of the housing, just put it in. Inside, an electrical system can warn you in case of water leak, by flashing a red led next to the screen. A device by which an appliance can be saved, because most of the time when there is a water leak, this is done from the first meters of immersion.

The front window, equipped with an optical glass pane, has a thread in 67mm, ready to receive your optical complements, like macro lens or wide-angle. A small window allows the internal flash to be used with the supplied diffuser. If you use one or two external flashes, the cover that is screwed in front of the window has 4 sockets, allowing to connect 2 flashes of fiber optic with Sea & Sea plugs.

At the level of the hand, the housing remains relatively small and holds well in the hand, with the help of the grip that is found at the front where the fingers are positioned, just after a bulge that increases the hold, and on the right side at the palm of the hand.

The shutter-release button, located next to the zoom control, has a long “stroke” and is easy to focus.

At the back, each button is isolated, and accompanied by the pictogram of the assigned function, which facilitates the use of the device. There are also 3 rotating buttons: 2 at the back to change the shooting mode, and to rotate the rear wheel of the camera, and one at the front, bottom left of the window to operate the large ring around the lens. A bit skeptical when using the latter the first time I saw this caisson, and after using a Recsea housing with rotating ring around the porthole, i fastly admitted that this system is finally simple to use and effective. I was afraid it would be less accessible, but it is not.

The rear window of the screen allows perfect legibility, and its recess a few millimeters from the body of the box, allows a certain protection against shocks and scratches.

Finally, as you saw in the title, the housing is (almost) the same for the RX100 and the RX100 II … Indeed, only the door changes! A detail taken into account by Isotta, which allows to buy only the door for those who would pass from one device to another.

By choosing Isotta, in addition to being a guarantee of quality, you also favor a European family business, and a reduced impact on the environment … Think about it!

Now I present the box in video, to get a better idea:

Find the test of the underwater housing Isotta for the Canon G5X ! 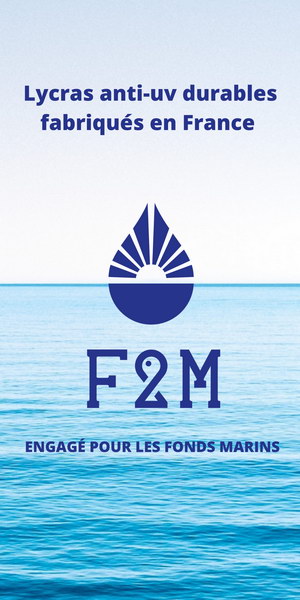