Scuba diving in the Philippines: Balicasag, on the road of Negros 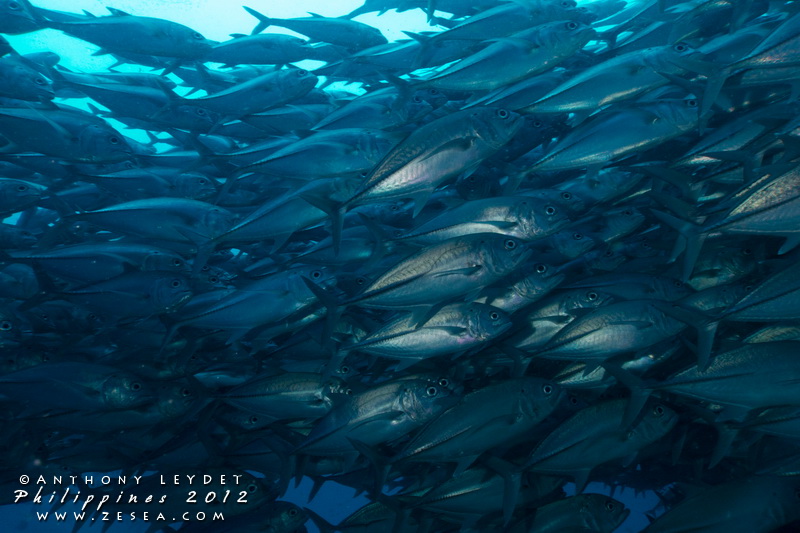 A week of diving in coral reefs teeming with life, ends up on the small island of Cabilao. It’s time to say goodbye to this piece of paradise and continue the road towards the island of Negros for dives radically different but equally exciting, Dauin. But meanwhile, we make a stop on the small island of Balicasag … one of the joys of the organization transfers by Sea Explorers.


After one hour and a half of navigation with the comfortable banka, we exceed  Alona Beach, and slowly come to Balicasag where several dive boats are already installed. There is a kind of effervescence « quiet » that let understand that the spot is pretty exciting!

We do the first dive on the site called Black forest, due to an abundance of black coral. The dive starts on a sandy plateau at 5 or 6m deep. There are rocks colonized by corals, some grass, where large nudibranchs evolve … But my attention is quickly captured by a gigantic sculpture. I can not help me out a little from the group of divers to go to watch an acropora table whose diameter should certainly be around 4m! 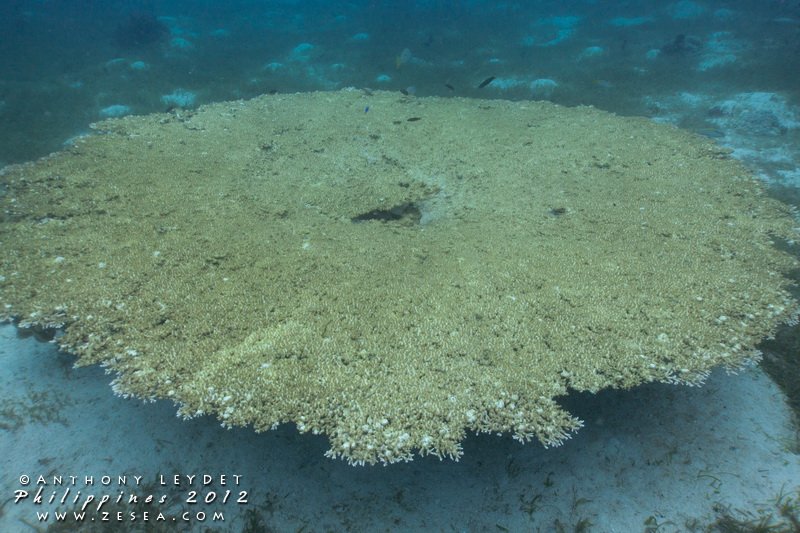 Who knows how long, this beautiful sculpture that these little beings have built, sits on this plateau? Certainly many centuries … A chance that boats do not use anchors here!

We continue and begin to descend the slope increasingly loaded with corals, and of course the branches of black coral. A green turtle stands out in the blue and rises to the surface to take fresh air. Suddenly, a giant mass and dark towards us! An impressive cloud, in which hundreds of big eye trevally swim stuck against each other. Awesome I tell you! After some pictures, I take a swim that I could not name, creeping as quietly as possible, almost without breathing, to get under the bench. The big silver fishes continue their rounds a few tens of centimeters of my face, and I feel almost like a trevally! After a few seconds osmosis with the school, I come out quietly before i died by asphyxia !

After this moment of happiness, and a few more minutes on the fall, we go back on the plateau for another show. In the space of fifteen minuts, we will meet no less than three large green turtles grazing quietly the herbarium. This is in part why we can recognize them from hawksbill turtles, one is more vegetarian while the other feeds mainly on soft corals. The prefrontal scales also help: two large for the green turtle, four small for the hawksbill turtle. And at adult size, the green is bigger. See them so peacefully is a real chance. Despite a gentle stream, we remain a moment to observe. Before returning to the surface … 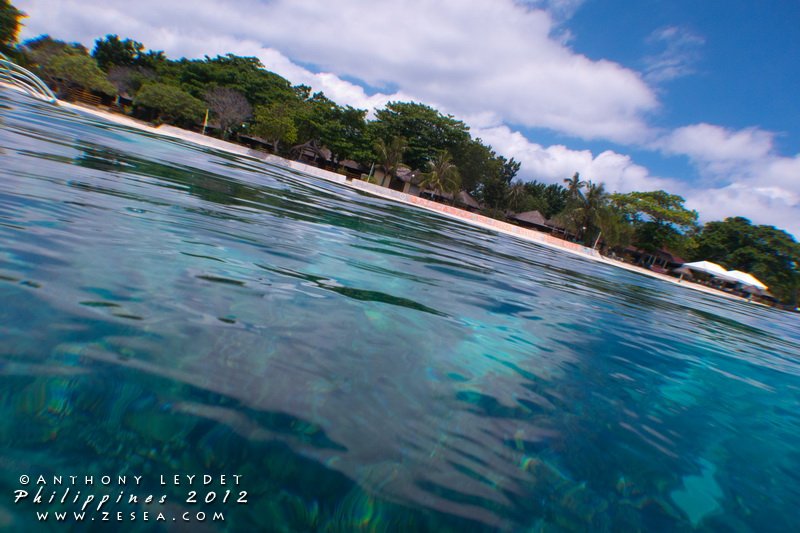 The second dive will be on the site of Marine Sanctuary. There are indeed many small marine reserves and areas preserved in the region. We enter the site on a great wall, with many crevices and small caves, which house a multitude of fishes and a fixed life abundant.

It is once again amazed that we go back on the boat, finishing the dive with a lot of beroes, these translucent beings belonging to ctenophores, which have the characteristics of tiny shake of rows of cilia and create light!

Once aboard, we change our boat, to find after 2:30, the black sand beach of Dauin! Very different dives ahead …

But in the meantime, here are photos of Balicasag :

If you want to dive in the Philippines :

Scuba diving in the Philippines : Dauin in... 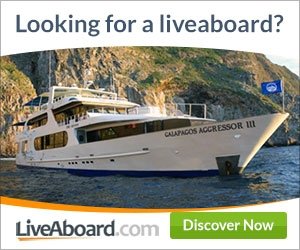